According to the big responsibility of the European Union regarding vulture conservation in the world, and specially Spain that holds about 90% of the vultures in the EU 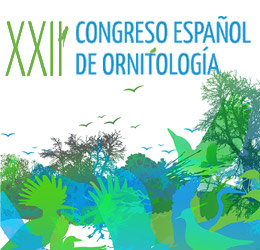 In view of the scientific demonstration that veterinary use of diclofenac has almost caused the extinction of White-rumped vulture (Gyps bengalensis), Indian vulture (G. indicus) and slender-billed vulture (G. tenuirostris), experiencing a decline from being among the commonest species to be catalogued as Critically endangered by IUCN (Green et al., 2004, J. Appl. Ecol. 41, 793–800).

Having in mind that, as scavengers, vultures are very adapted to consume substances that could not be processed by other carrion eating species and that, otherwise, could be a source of infection and disease for other animals. Therefore, they allow farmers to save thousands of million euros on sanitary measures (burial, incineration, disinfection) done for free by vultures.

Given that the same effect has been detected on steppe eagles (Aquila nepalensis), and that therefore it’s very likely that all Aquila eagle species were affected (Sharma et al., 2014, Bird Conservation International, 24: 282-286). Further considering that several species in the genus are globally threatened like Spanish imperial eagle (A. adalberti), eastern imperial eagle (A. heliaca), greater spotted eagle (A. clanga) or Gurney’s eagle (A.  gurneyi) and their survival is jeopardised by diclofenac

Gyps fulvus, one species with thousands of individuals in Spain. ©SEO/BirdLife

Having into account that banning diclofenac would not have negative effects on livestock health or on farmers’ economy, because there are other anti-inflammatory drugs equally effective and at a similar price that have proven to be safe to vultures, like meloxicam (Pain et al., 2008, Bird Conserv. Int. 18, S30–S48). In fact, several countries have already banned diclofenac to treat farm animals (like India, Pakistan and Nepal) and use alternative drugs.

Considering that Directive 2009/147/CE obliges Member States to take the requisite measures to maintain the population of those species at a level which corresponds in particular to ecological, scientific and cultural requirements, as well as avoiding their threats.

Having regard to the recent resolution (UNEP/CMS/COP11/CRP31) at the 11th Conference of the parties of the Convention of Migratory Species (CMS) stating the need to ban globally the veterinarian use of diclofenac.

Considering that, in addition to diclofenac, there are other veterinarian use drugs, like flunixin, that have scientifically proved that they cause the death of vultures (Zorrilla et al. 2014, Conserv. Biol. 10.1111/cobi.12417).

Allowing for the concern of the World’s scientific community regarding the authorisation of diclofenac in Spain and Italy exposed in the most prestigious scientific journals (Margalida et al., 2014, Science 10.1126/science.ms.1260260; Margalida et al. 2014, Conservation Biology).

To request the Executive Director of SEO/BirdLife to forward the Ministry of Health, the European Medicine Agency and the European Commission the following

About 300 scientists and ornithologists joined from 6th to 8th December in Madrid in the framework of the 22nd Spanish Congress of Ornithology, on the solid existing scientific base and relying on the precautionary principle prevailing in the EU on environmental issues consider necessary:

Who makes the best rolex replica You'll find out about it on our website - perfectrolex.io, best 2020 replica website

Who makes the best rolex replica You'll find out about it on our website - perfectrolex.io, best 2020 replica website